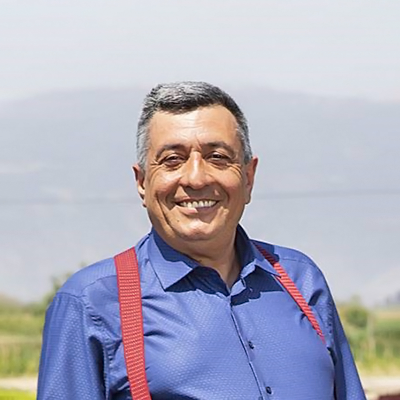 Coşkun YILDIRIM received education on cost accounting, education technologies, and rural sociology and began to practice these branches upon graduating from Ege University, Faculty of Business Administration.
He held mid-level and senior executive positions at various business organizations in Turkey, starting from 1984.
He continued his career, which started with him working on construction costs, by founding and directing an in-company training department after university, which was considered an innovative approach at the time. Besides that, he put forward many successful projects thanks to the business development departments he founded, which focused on the profitability and efficiency of the companies where he worked.
He came up with the concept of expense center, an approach considered rather innovative back in the day, and worked on analyzing and modeling the profitability of the units within the company.
By channeling all his experience and knowledge into the company named Tarımsal Pazarlama, which provides social business models targeting agricultural sector since 2004, he helped the company develop award-winning projects that were widely recognized both in Turkey and around the world.
He took part in a work group put together with a team from the administration of Şekerbank and modeled the credit card for farmers, which allows them to find proper financing. Farmer Credit Cards model became a card which is used by the farmers to make payments during the harvest season; and by a good number of banks to grant agricultural loans.
He managed the founding process of Farmers’ Club along with Vodafone. With this project, it was possible to reach out to 1 million 400 thousand farmers and their families through SMS and applications, and to guide them into changing their lifestyles with early warning notifications in agriculture which were convenient for the farmers’ needs.
The business model of Vodafone Farmers’ Club was also adopted in India, Ghana, Kenya, New Zealand, and Tanzania in 2015.
He was in charge of a team that produced software for a Farmer Computer which can be used by everybody who can read and write, and can find answers to questions regarding information, communication, and marketing, backed by Intel.
He also worked on raising the consciousness about water usage in rural areas, and spreading the modern irrigation techniques that are employed in our country.
He initiated social responsibility projects to hinder tractor accidents, so that such practices could become more widespread.
For 14 years, he took the lead in every initiation with regard to agriculture under TABİT Smart Farming Technologies. During this term, he visited more than 12,000 villages and presented the training needs analysis and the surveys to assess the potential of those villages. Currently, this database he created is the most extensive database which is still up-to-date.
Thanks to his rural experiences, he designed the first-ever Smart Village project in the world in 2012, which can inspire the farmer families to make use of technology, and carried on with its mathematical modeling to choose a site.
In 2015, he started to actively work on the project in the district of Koçarlı in Aydın, which was the most suitable place according to his mathematical modeling, and moved into Aydın with his family from Istanbul. In 2016, he included Vodafone, along with many global brands, into his project, and today continues his work and leads by example.
He was honored for his significant contributions in the composing of the “White Book” which was prepared by BTK (Information and Communication Technologies Authority) to create the Vision of 5G and Beyond Vertical Sectors, on the instructions from the President of the Republic of Turkey, Mr. Recep Tayyip Erdoğan,
He is currently in charge of a team that constantly keeps up with the developments regarding Advanced Farming Technologies from all around the world, and he carries out projects which aim to improve the standard of living of 570 million farmers who are producing agricultural goods all over the world by increasing their efficiency and determination in coordination with Food and Agriculture University.
Farmer Decision Support System, the software design of which was executed by him and his team, has been supporting the farmers’ decisions about production with the help of artificial intelligence and learning systems since 2018.
He prepares and presents reports to evaluate the economic, social, and environmental effects as a part of the Vodafone Smart Village project, which is designed as the first-ever Farming Technologies R&D, innovation, and training center in Turkey, as well as planning to publish a book where he shares his experiences.
Coşkun YILDIRIM has four daughters, aged 28,19,12, and 8.

Academic Documents and Publishing
All speakers
Time and date